LGBTQ couple sues state department for denying their baby citizenship. A victory for LOVE and the nontraditional family. A federal court in Georgia today ordered the Trump Administration to recognize the U.S. citizenship since birth of Simone Mize-Gregg, the two-year-old daughter of a married same-sex couple, and to issue her a U.S. passport. The U.S. State Department had refused to recognize Simone as a U.S. citizen, even though both of her parents, Derek Mize and Jonathan Gregg, are U.S. citizens and children born abroad to heterosexual married U.S. citizens are automatically considered U.S. citizens themselves.

The lawsuit, filed in 2019 by Lambda Legal and Immigration Equality, sought to challenge the U.S. State Department’s policy that treats the children of same-sex married couples born abroad as “born out of wedlock,” denying that they are citizens since birth in clear violation of the federal Immigration and Nationality Act.

“We are so relieved that the court has recognized our daughter, Simone, as the U.S. citizen she has been since the day she was born. When we brought Simone into this world, as married, same-sex parents, we never anticipated our own government would disrespect our family and refuse to recognize our daughter as a U.S. citizen,” said Derek Mize, who with his husband, Jonathan Gregg, are the parents of two-year-old Simone Mize-Gregg. “As a result of the State Department’s discriminatory actions, we have undertaken a long journey to have our daughter recognized as a U.S. citizen. But today, that journey is complete, and we are overcome with gratitude, for our lawyers and for the Court, for recognizing us as a family that is simply trying to give our daughter the best possible start, which all children deserve.”

The State Department insisted on treating baby Simone as an immigrant because she was born abroad and is not related biologically to both parents, even though the Immigration and Nationality Act confers citizenship to the children of married U.S. citizen couples automatically.

“Today’s court decision is a resounding victory for LGBTQ families. The court has declared baby Simone, the marital child of Derek and Jonny, to be a U.S. citizen since birth and ordered the State Department to issue her a U.S. passport. We are very pleased the court found that the agency’s policy was irreconcilable with the law and our Constitution’s guarantee to equality because it treated the children of married, same-sex parents differently from the children of other married parents,” said Omar Gonzalez-Pagan, Senior Counsel and Health Care Strategist at Lambda Legal. “This is the second federal court this summer to rule against the State Department’s policy to treat children of married, same-sex parents as children “born out of wedlock” and not entitled to birthright U.S. citizenship. It is time for the federal government to stop defending this unlawful and unconstitutional policy. No family should have to face the fear and uncertainty of having their child’s citizenship status be held in limbo.”

Derek Mize and Jonathan Gregg are a same-sex couple who married in New York in 2015. They had their daughter Simone via surrogacy in England in 2018, and both fathers are listed on her birth certificate. When they applied for recognition of her U.S. citizenship, the U.S. consulate in London rejected their application. Because only one of Simone’s fathers has a biological connection to her, the State Department disregarded Jonathan and Derek’s marriage and treated Simone as though she was born out of wedlock, a classification which requires more stringent requirements for recognition of her citizenship.

“We celebrate the court’s decision, which acknowledges what has been true since the day she was born. Simone Mize-Gregg is a citizen of the United States. Today’s decision in Georgia reaffirms what every other federal court who has heard this issue has held: family means more than biology alone. The State Department should change its discriminatory and unconstitutional policy immediately before it hurts another family.” Aaron C. Morris, Immigration Equality Executive Director.

On June 17 this year, a Maryland federal judge in a similar case ruled that Kessem Kiviti, daughter of same-sex married couple Roee and Adiel Kiviti, has been a U.S. citizen from birth. Kessem’s fathers are also both U.S. citizens who were told by the State Department that their daughter was not a citizen because she was not biologically related to both of her parents. Immigration Equality, Lambda Legal, and pro bono counsel also represented the Kiviti family in their case against the U.S. State Department, which was filed in September 2019.

The Fame On Fire Band Delivers a Sound Rooted in Individualism

The Fame On Fire band delivers a sound rooted in individualism. Fame on Fire

How The Scooter Brown Band is Uplifting Women

Here is how the Scooter Brown Band is uplifting women. Fresh off the win

Fashioneer Terry Sprunger hits the road in the Buick Regal Tour X to explore the terrain and tulips in Woodburn, Oregon

HBO Celebrates LGBTQ Community with Shea Diamond’s “I Am America”

Megan Thee Stallion snd Beyonce Give Back to Houston Texas 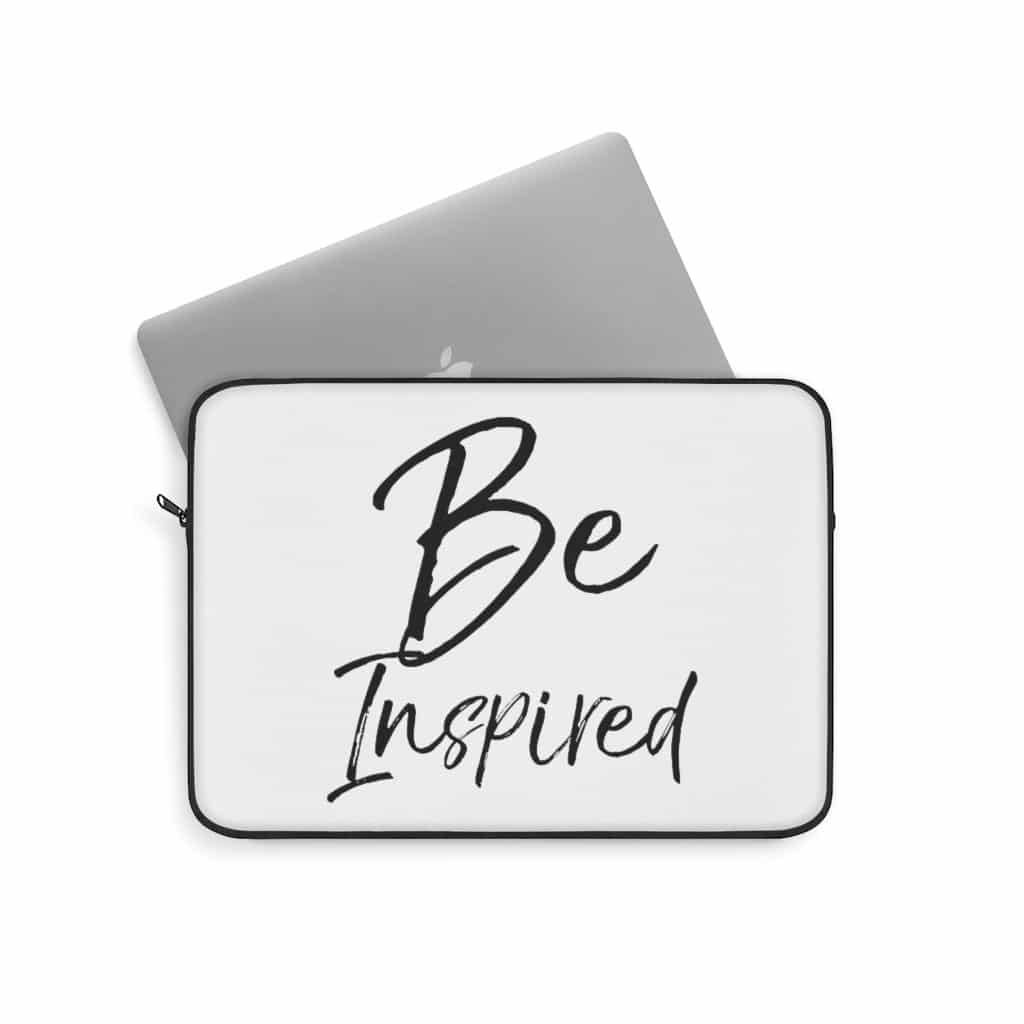 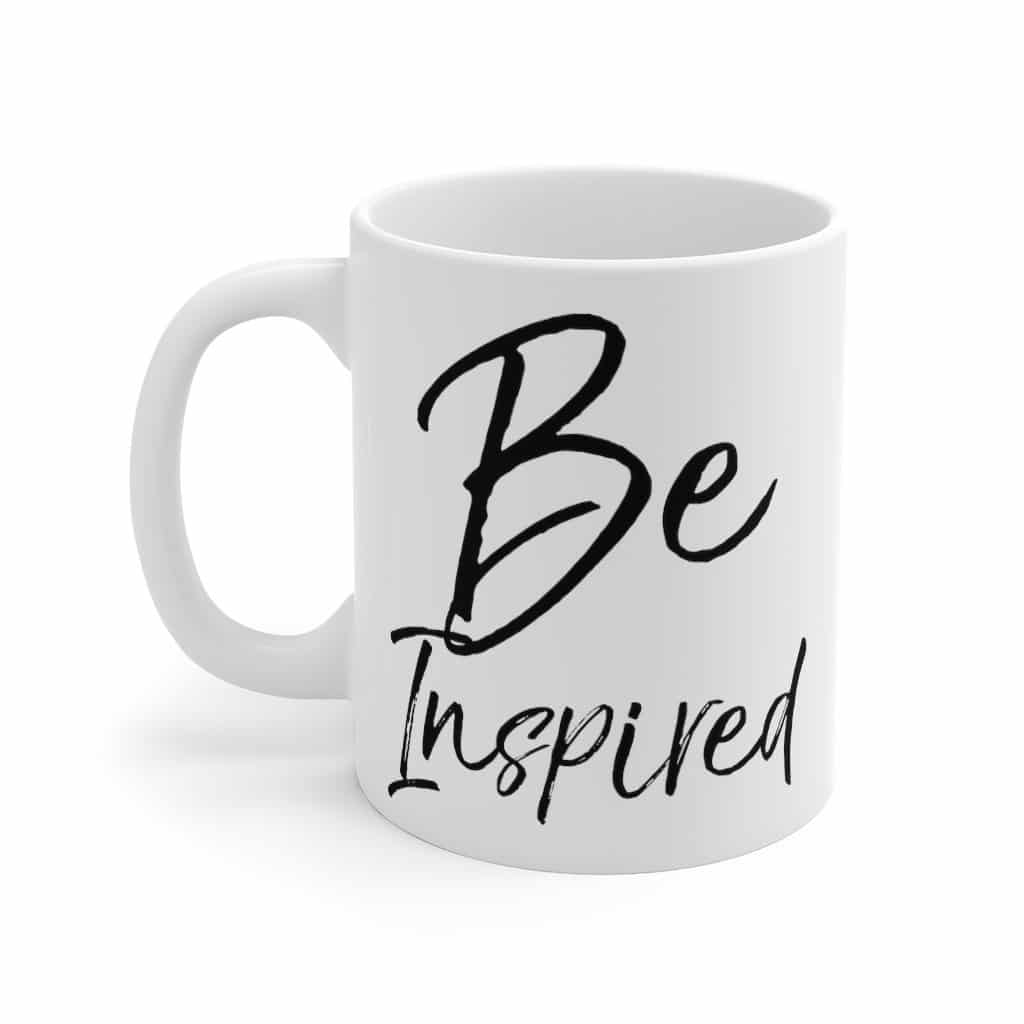 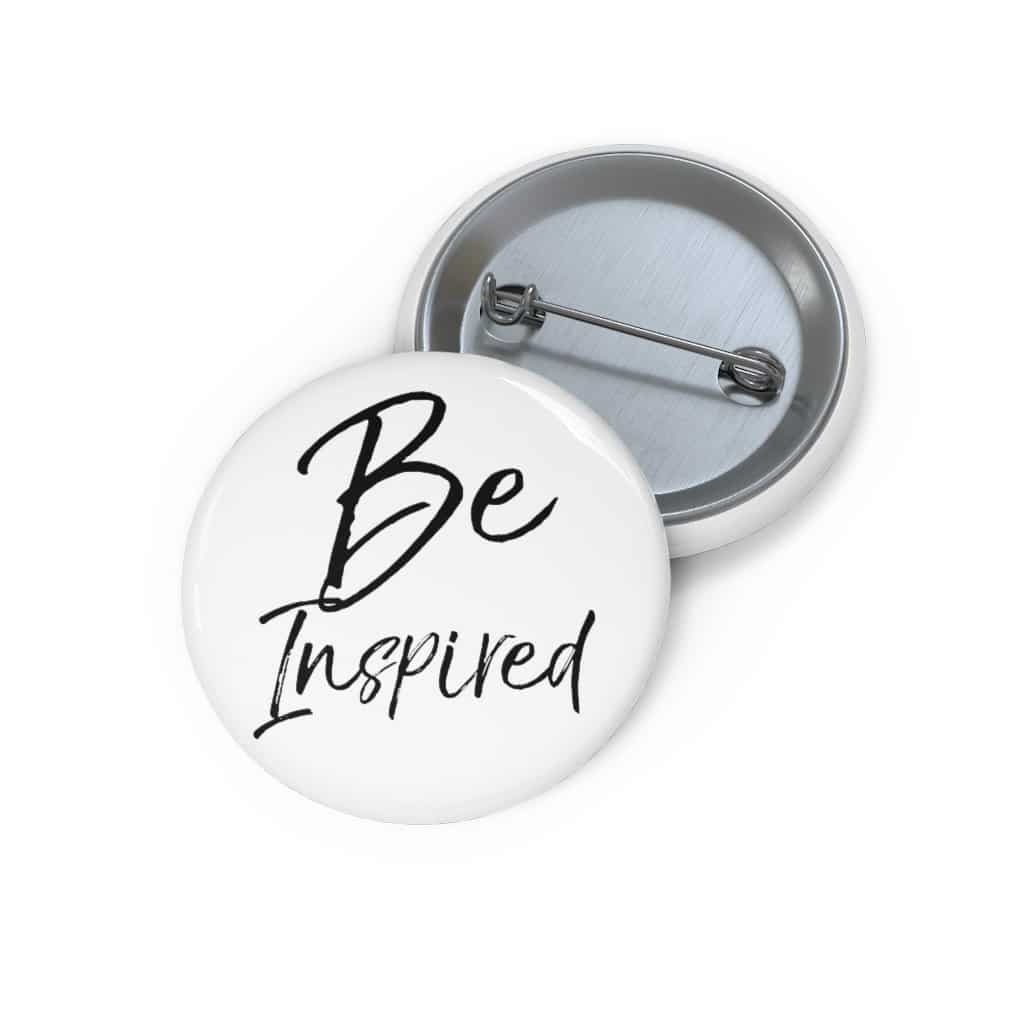 Vice is Fearless and Raw Storytelling on Showtime, Watch Now!

Vice is a fearless and raw approach to storytelling. Vice tackles global issues that

Are you looking for direction. Here is a guide on how to live your

8 Things You Didn’t Know About Being A Player by Jesse Eplan! It was

Iceland wants you to stay hydrated when you visit. “Kranavatn” is Icelandic for  tap

AIWAYS answers how to to make an electric vehicle better with the U5 SUV.

The Fame On Fire Band Delivers a Sound Rooted in Individualism

How The Scooter Brown Band is Uplifting Women

Dearest public relations representative, show participant and show guests, We have the truth serum. Uncensored dialogue with trailblazers, game-changers, disruptors and tastemakers will be a fantastic journey and unforgettable experience. Finally, it is our promise that viewers will walk away tabling their judgments, living life authentically, and celebrating originality.

See below the run of show format and details for your review in preparation for appearing on Coming Out of The Closet to Set the Record Straight hosted by Patrick T. Cooper. The Ultimate Double Entendre! This broadcast is an attempt to help mankind reach their fullest potential through genuine in-depth communications reinforced with humor. We want to be a central source of encouragement. Let’s face it everyone doesn’t know love. Patrick attributes his successes to be a direct result of knowing unconditional love. The focus of the show is to examine our core curriculum specifically Mental, Physical, Spiritual, and Financial Health and well-being. Furthermore, we will examine the topics required in surviving today’s world. We will focus on everything except Sex and
Politics (Well maybe a little sex! G-Rated of course)

Show Format Down To The Minute
Viewpoint Process

We review and select many products for multiple publications. Our criteria for review is the same no matter how we may have received the product. Only products which are vetted by our team will be chosen for The Fashioneer and for any other publication we write for. We  may use photographs of the product that may come directly from the company website, high resolution images you provide, or images provided by our team. These also may be used during our social media campaigns.

If we are provided free products of minimal value (SWAG) at a conference, event or meetings that are being given to all attendees, such as bags, books, water bottles, small product samples, coupons, etc., we do not consider these items as compensation and will not necessarily disclose them when talking about a product.

Our publication accepts many forms of compensation including (but not limited to) paid posts, sponsorships, brand ambassadorships, advertising, products and trips. While the compensation we receive may influence the advertising content, links, or post topics of this publication, it will never influence our opinion on any subject or product. If you identify a story where there are links to another website, you should assume that we were compensated in some way or that this is an affiliate link.
​
If a reader clicks on a link or advertisement on our site and subsequently makes a purchase on that website, or uses a discount code(s) found on patricktcooper.com, we may receive some form of compensation (cash or otherwise) from that company or website.
​

Product Selection Process
We review and select many products for multiple publications. Our criteria for review is the same no matter how we may have received the product. Only products which are vetted by our team will be chosen for The Fashioneer and for any other publication we write for. We may use photographs of the product that may come directly from the company website, high-resolution images you provide, or our team may take the pictures. These also may be used during our social media campaigns.
​
Please note that we will not review sample sized products. We will only review full-sized products that a customer would purchase. A full-sized product is required to give an honest, detailed review. Sample sized products will be donated to charity.
​
If we are provided free products of minimal value (SWAG) at a conference, event or meetings that are being given to all attendees, such as bags, books, water bottles, small product samples, coupons, etc., we do not consider these items as compensation and will not necessarily disclose them when talking about a product.
Viewpoint Process

Hello, Welcome to your dashboard

To redefine the overall image of an iconic Atlanta nonprofit foundation to reflect and preserve the name of history of Alonzo Franklin Herndon. 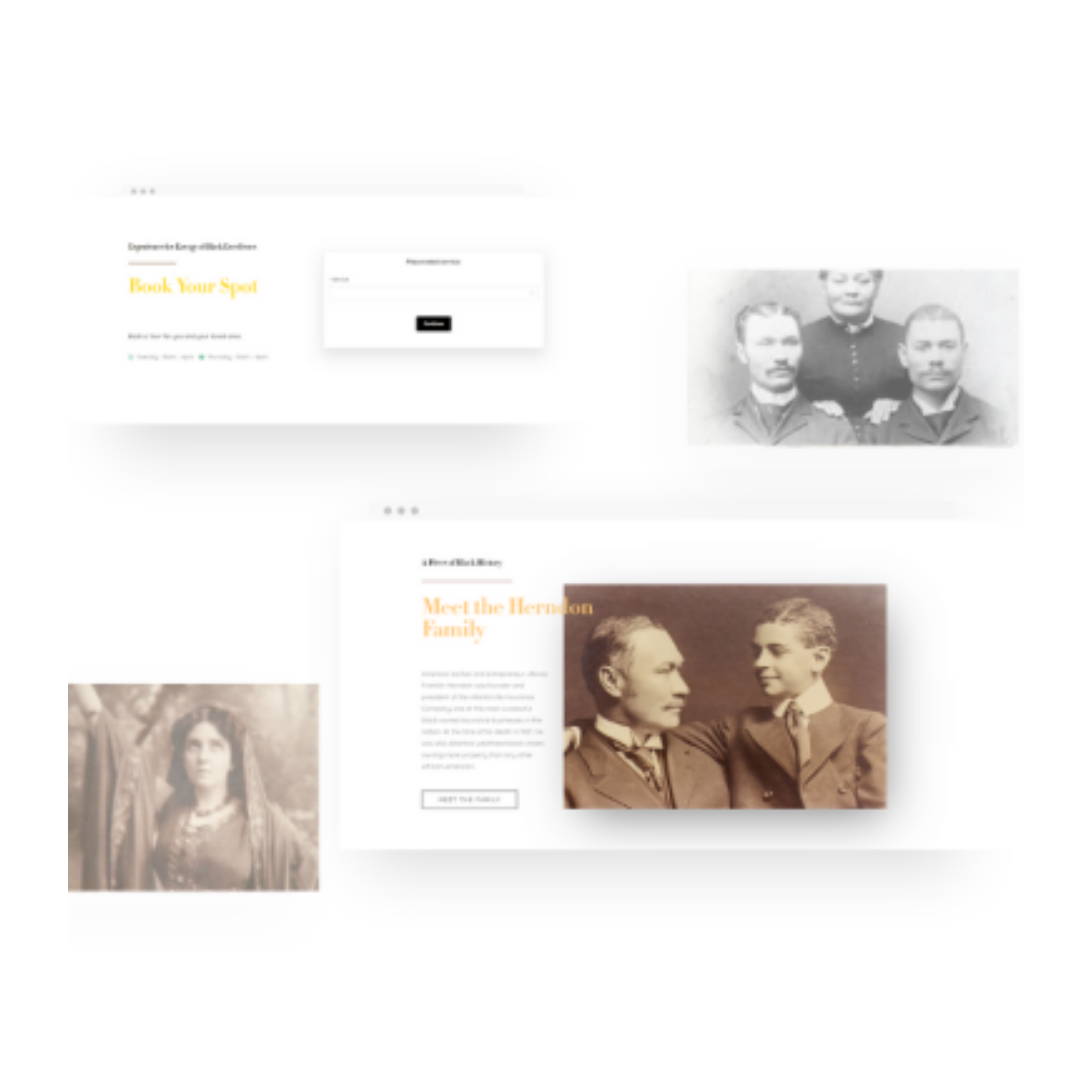 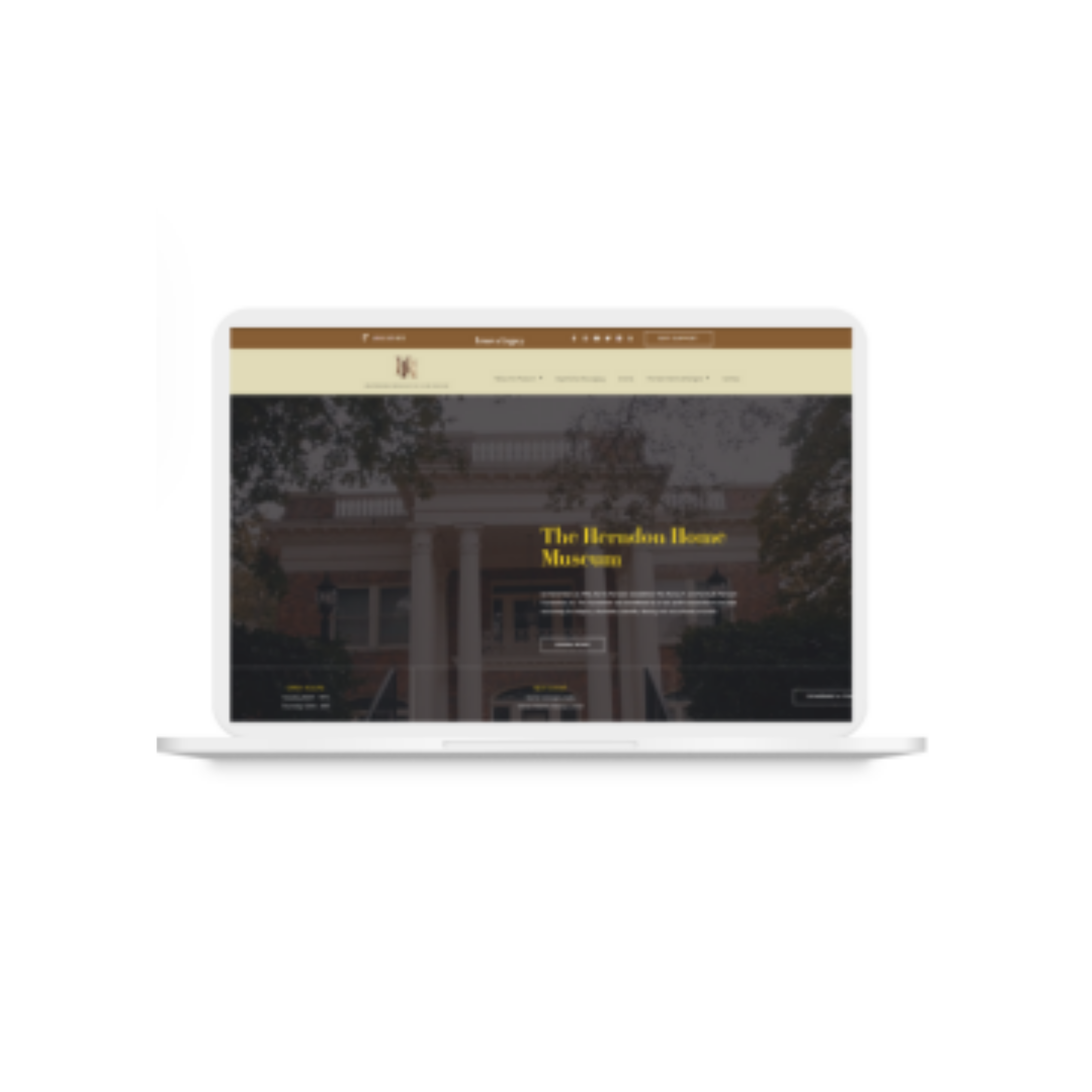 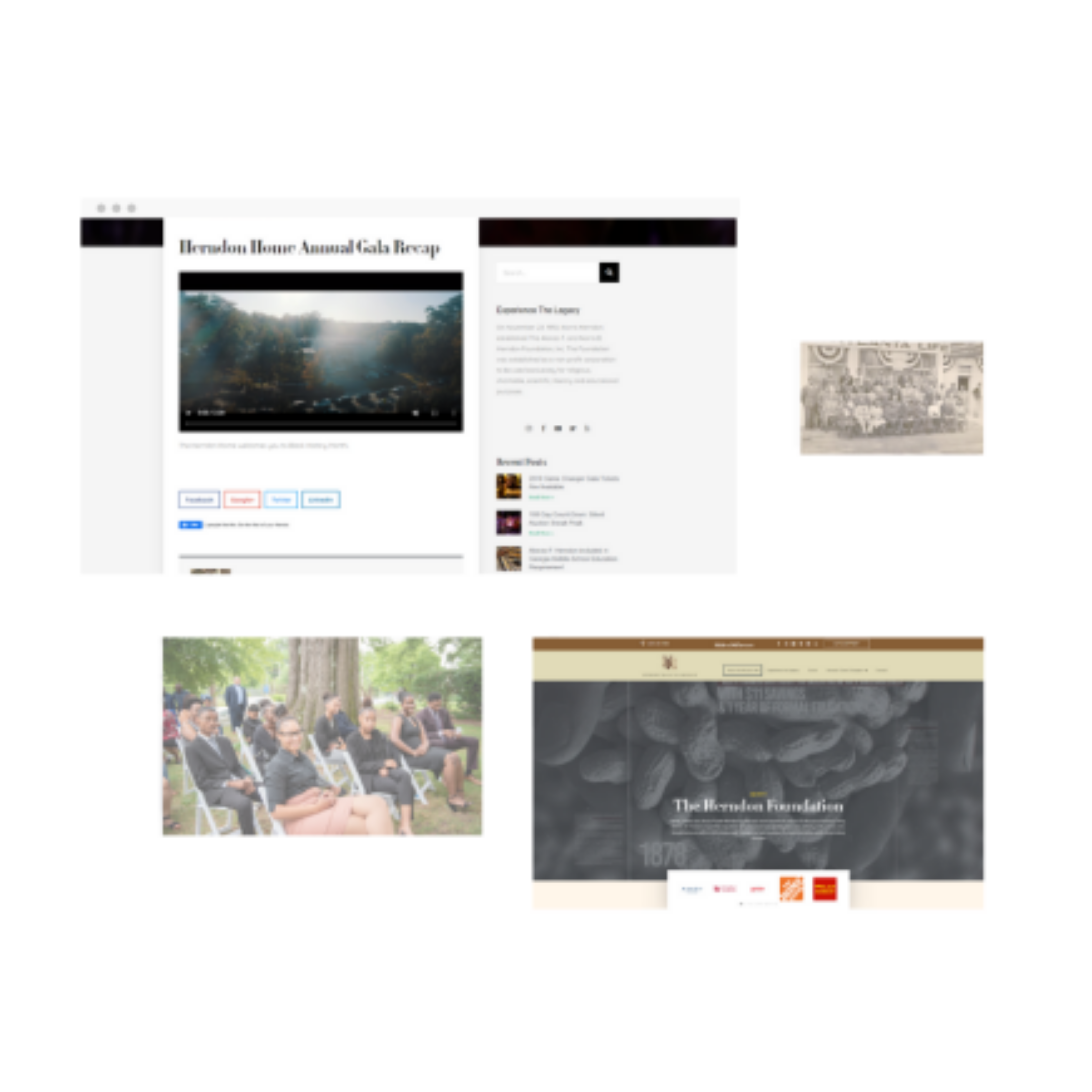 Chef Holly wanted a unique way to display her work as a celebrity chef & caterer while maintaining functionality & streamlined user information. Displaying menus, galleries, partners, & many of the other constantly changing elements make for a very unique web design. How can you display such a variety of content in a neat easy to use way?

To  develop on trend and seamless communication of door design  to consumers.

Ready to re-define fashion $5 at a time the founder of Save & Slay, needed to make her brand and it’s products digitally paramount on the world wide web. The goal was to make a cohesive brand presents that stands out amongst competitors and shows to illustrate products in a well organized stylistic manner. 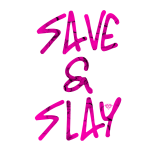 We drive the creative process.

From logos to billboards.

From development to deployment.

Stay engaged with your audience.

From build out to buyers.

From postcards to PPC Ads Campaigns.